What Can We Help You With Today

5 Things You Need to Know About NOx Scrubbers 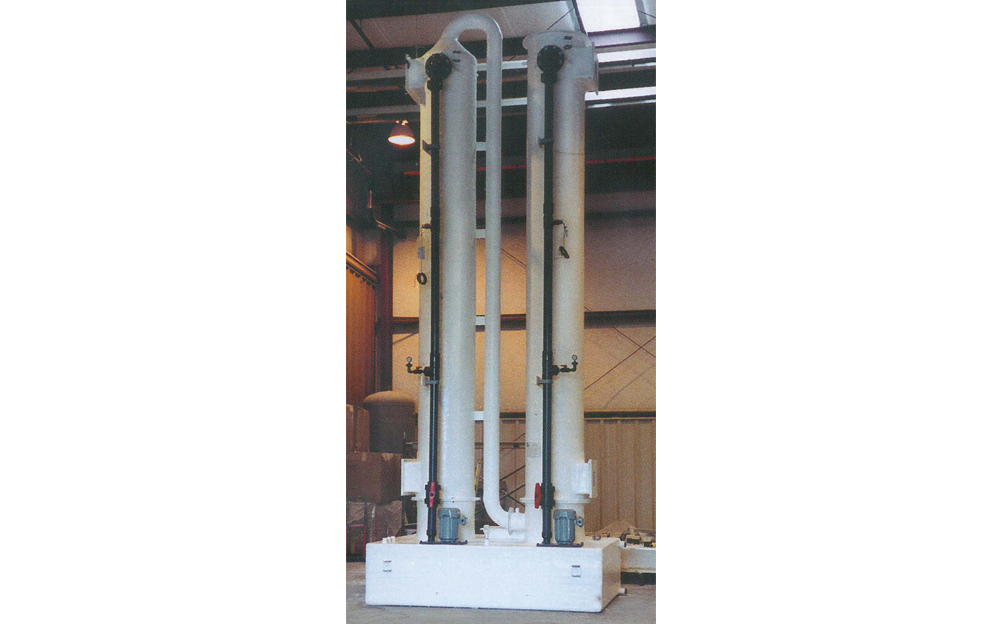 NOx scrubbers and the process they use to capture and remove NOx gases is  extremely complicated. If you plan on using a scrubber or you’re already using one, it’s very important to have a solid understanding of how they work.

Here are five things you need to know about NOx scrubbers.

1. They Use Multiple Stages

It is possible for NOx scrubbers to have up to Three Stages – which are entirely different scrubber systems:

Stage 1: A pretreatment scrubber is needed to convert NO to NO2. NO is essentially insoluble in water, but it can be quickly oxidized to NO2 by chlorine dioxide (ClO2). ClO2 is generated in a scrubber by the reaction of sodium chlorite (NaClO2) with a strong acid such as H2SO4.

Stage 3: The third and final stage is used to prevent the release of odor causing H2S gas, which can form in Stage 2 under upset chemical conditions.

2. Dealing with Reactions of the Chemicals Inside the Scrubber is Not Easy

NaClO2 dosing control is not simple, because the reaction of NO with ClO2 occurs in the air—not in the liquid phase. When NaClO2 reacts with acid in the liquid, nearly all of the resulting ClO2 gets transferred to the air. The ORP of the solution in the sump reflects the amount of dissolved ClO2 remaining in the water, which is roughly proportional to the amount of ClO2 transferred to the air. But that will be the same whether or not the air contains nitric oxide. So, the ORP of the liquid does not indicate whether the amount of ClO2 added to the air is sufficient to convert the airborne NO to NO2.

3. Using a NOx Analyzer is Recommended

The most reliable dosing control method is to use the signal from a continuous NOx analyzer. Whenever the NO concentration in the scrubbed gas exceeds a set point, the NaClO2 feed rate is increased. When the NO concentration falls below the set point, the NaClO2 feed rate is turned down. But real-time NOx analyzers are expensive to install and to maintain, so they are generally used only when regulatory agencies require continuous emissions monitoring.

4. NO and NO2 Will Not Always Be Emitted at a Constant Rate

Some facilities expect that their process will emit NO and NO2 in a nearly constant ratio, so they program the control panel of a two-stage NOx scrubber to feed NaClO2 (to Stage 1) and NaHS (to Stage 2) in a fixed ratio.

NaHS is added to Stage 2 as required to maintain the desired ORP, and a proportional amount of NaClO2 is fed to Stage 1. This method may work if the NO/NO2 ratio is low, but it can get out of control if the ratio of NaClO2 to NaHS feed rates is too high.

If Stage 1 is over-dosed with NaClO2, there will be unreacted ClO2 remaining in the air entering Stage 2. That ClO2 will drive up the demand for NaHS in Stage 2, causing more NaClO2 to be fed to Stage 1, exacerbating the problem of over-dosing.

Other facilities simply feed NaClO2 to Stage 1 at a constant rate, even though they know that the selected rate will often be more than needed, and that the excess ClO2 in the air will drive up the NaHS consumption in Stage 2.

5.Your Probes May Get Out of Calibration During Stage 2

It’s important to note that the strongly alkaline hydrosulfide solution in Stage 2 is a severe environment for pH and ORP probes, so the probes will tend to get out of calibration faster than they would in a scrubber operating at lower pH levels.

Our knowledgeable team is happy to answer any questions you might have about NOx scrubbers, NOx reduction, or our other products. Please get in touch with us if you’d like more information, or a free quote.

I need assistance with