What Can We Help You With Today

A Focus Piece on Guillermo Vanegas, Founder of Vanaire 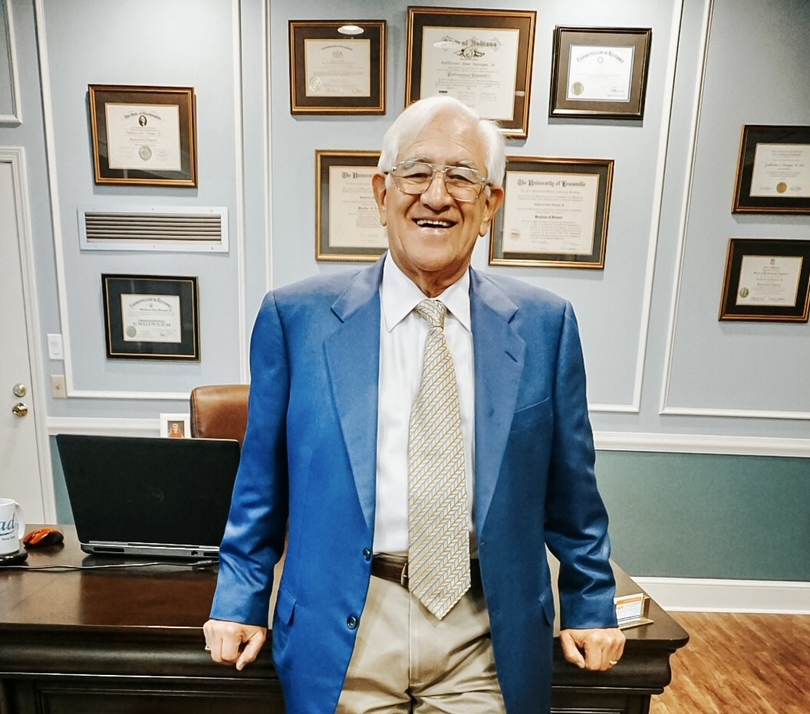 Our founder Guillermo Vanegas, “Bill,” has had a long-lasting legacy within the Air Pollution Control Industry. A native of Bogotá, Colombia, he attended the University of Pittsburgh in 1957, where he received his Bachelor of Science in Mechanical Engineering.

He then began his career in plastics with General Electric in the Appliance Division. At GE, he designed refrigerator parts made from plastics as a substitute for traditional metals. Bill soon grew passionate about the design of plastic valves, fittings, and pumps, and in 1967, he invented his proudest professional accomplishment: the “True Union Ball Valve.” This invention is now an industry standard used around the world.

Vanaire was founded in 1983, with the primary goal of engineering entire Air Pollution Control systems and manufacturing with Thermoplastics and Thermosets such as dual laminates, including products such as Scrubber Systems, Exhaust Fans, Interconnecting Ductwork, Exhaust Hoods, Odor Control, Chrome Systems, and Mist Eliminators. Other services include Turnkey Installation of all equipment and Preventative Maintenance Services.

In 1992 he was honored by former President George Bush as one of the nation’s top one hundred largest Hispanic-owned firms. He flew to Washington to consult with Former Vice President Al Gore, regarding the North American Free Trade Agreement and give his input on the effects of the industry.

Bill’s greatest strength that has helped him in business is organization, which he learned in engineering school. His advice for young professionals in the Air Pollution Control Industry is to work hard and not back down in the face of problems. It … takes a lot of luck, and how did I get lucky? The harder I worked, the luckier I got.”

I need assistance with